When I decided to make chocolate parfaits, I knew the chocolate part would be based on my Easiest Chocolate Pudding Ever recipe. For the cream, I expected to use “regular” whipping cream.

But as with much in my life, things didn’t go exactly as planned. I detoured into the word of coconut milk, and when the experiment turned into fluffy coconut cream, I came up with these non-dairy, no-cook chocolate pudding parfaits.

Although the pudding has a secret, healthy ingredient and the cream is not the usual (at least for me) these parfaits met the exacting standards of my traditional-chocolate-pudding-and-whipped-cream chocoholic husband. As he dug into one of the parfaits, issuing the appropriate yumming sounds, he seemed a bit suspicious that it might be healthy (not a good thing in his book when it comes to desserts), but went back to his parfait. The next thing I knew, the only sound was his spoon scraping the last bits off the edge of the glass. 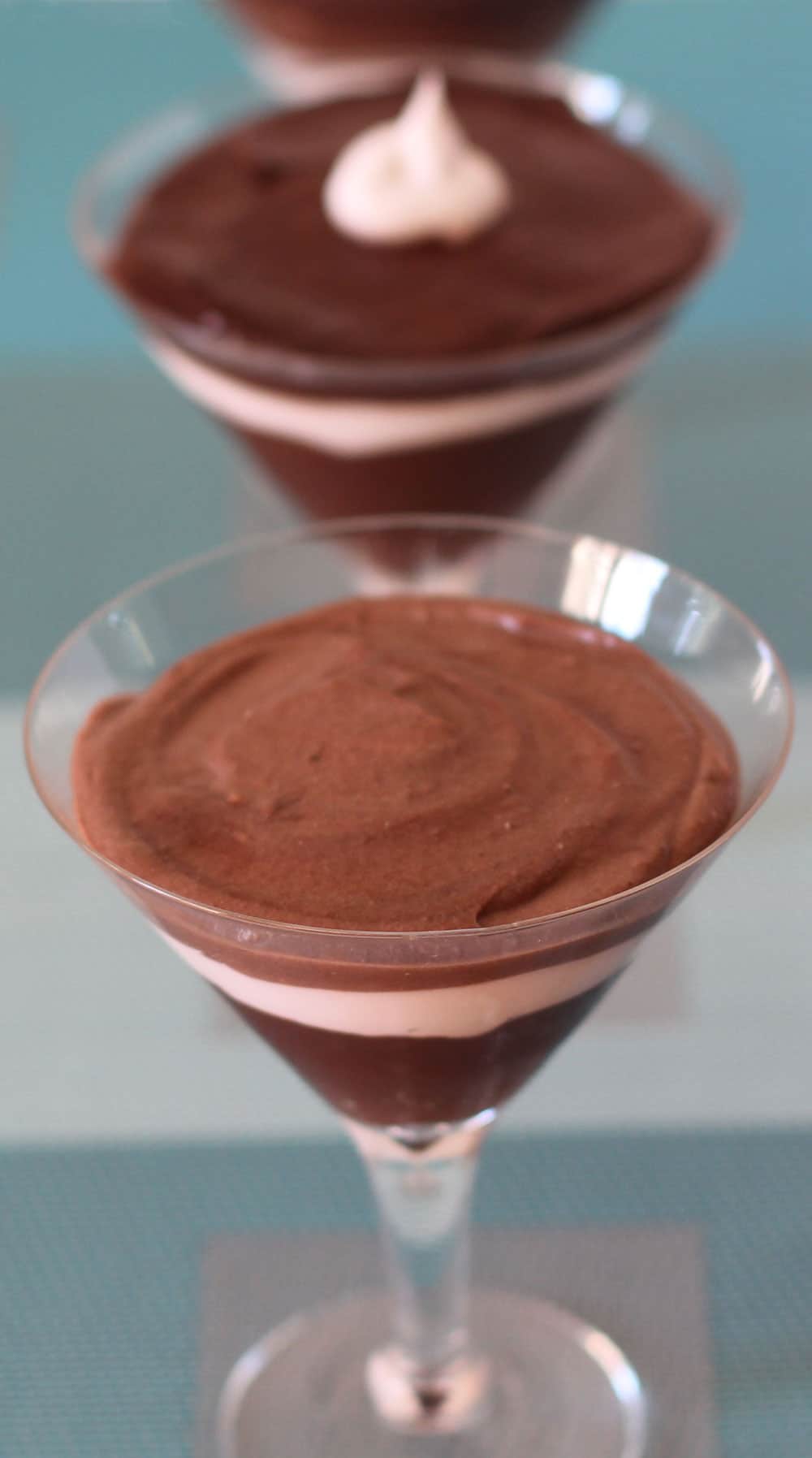 With the coconut-milk-for-dairy-cream swap and two others substitutions in the chocolate pudding (coconut water leftover from whipping the coconut milk instead of cow’s milk and bittersweet chips instead of semi-sweet), these parfaits become dairy-free and pareve for those who keep kosher. They are also vegan-friendly for those vegans who are OK with sugar.

A few words about whipping the cream part of coconut milk. I followed the basic directions provided by TheKitchn, a reliable website that I consult for basic cooking how-tos. The coconut milk must be full fat in order to whip properly and must be refrigerated in the can for at least several hours, preferably overnight. The cold can should be left undisturbed and not jostled too much when you open it; shaking the contents disturbs the separation of the cream from the coconut water. 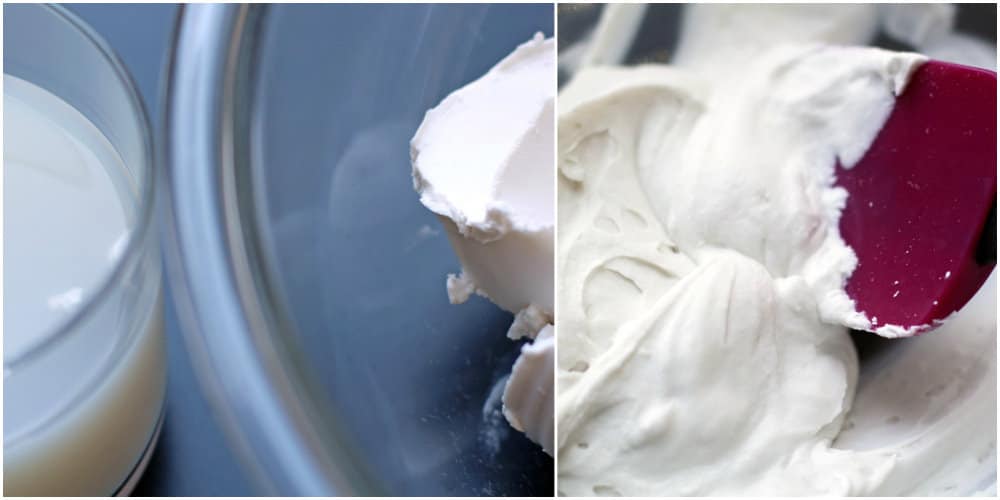 Now I won’t lie – whipped coconut cream does not look or taste exactly like whipped cream made from cow’s milk. The consistency is good, but a discerning eye will be able to tell the difference. And there is a coconut taste, but it disappears when you mix the cream with chocolate or use it as a layer in chocolate parfaits.

Both the whipped cream and the chocolate pudding parts of the parfaits come together in minutes. The pudding is no-cook and sets immediately because of the healthy addition that thickens it. (If you haven’t checked out the Easiest Chocolate Pudding Ever recipe and you’re curious about this secret ingredient, I’ll give you three hints: 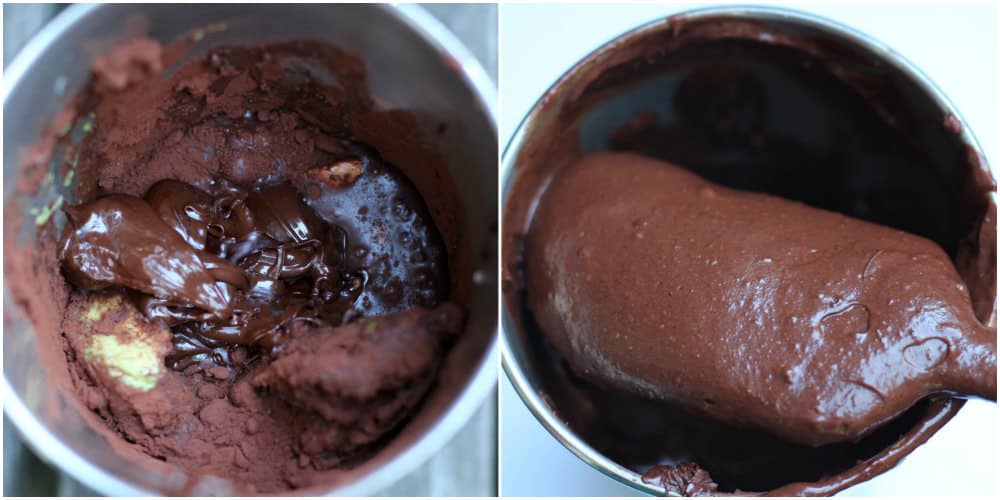 Still can’t guess? Well, here are the ingredients for the parfaits. 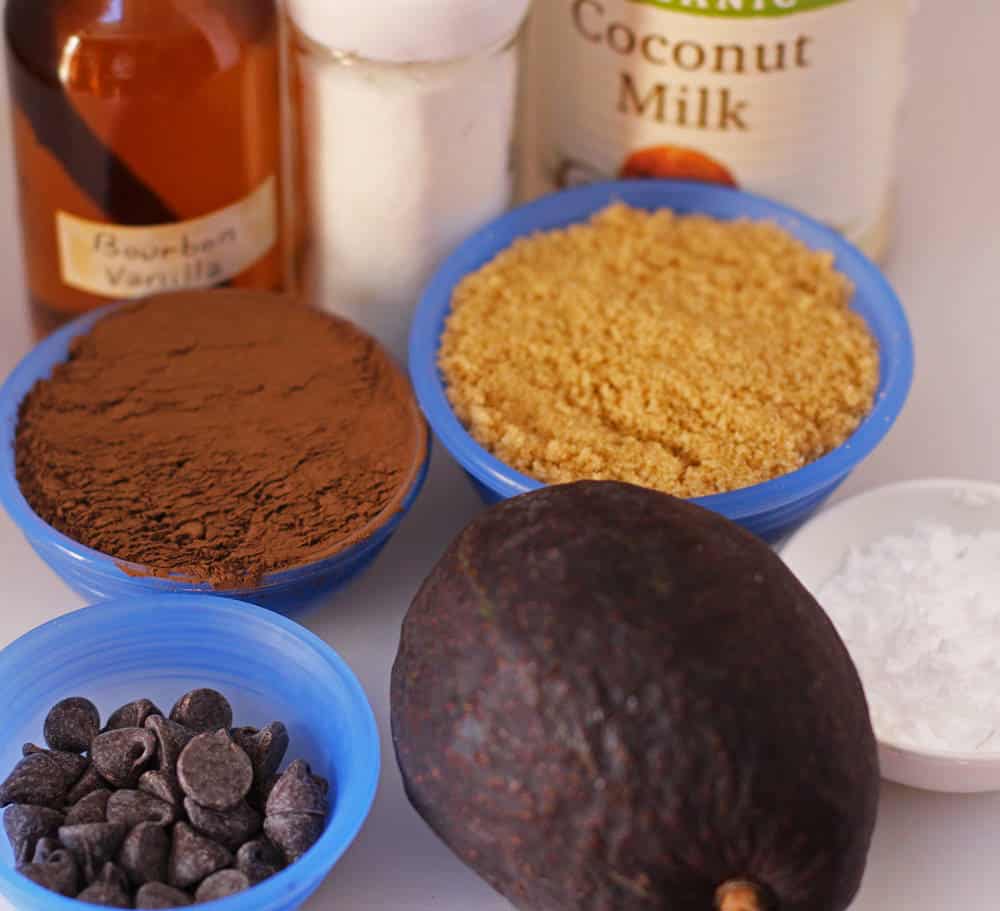 The parfaits are elegant enough to serve company, especially if you have lovely glasses or bowls that show off the layers. Play around with layering, and mix some of the dark chocolate with the cream to get a third, lighter chocolate. Check out the top layer of the parfait in the front – looks like milk chocolate, no?

Print Recipe
Non-Dairy Chocolate Parfaits Yum
These simple, no-cook chocolate pudding parfaits are dairy-free. The pudding is layered with whipped coconut cream and the resulting parfaits are ready to eat right away or delicious chilled after an hour or overnight. 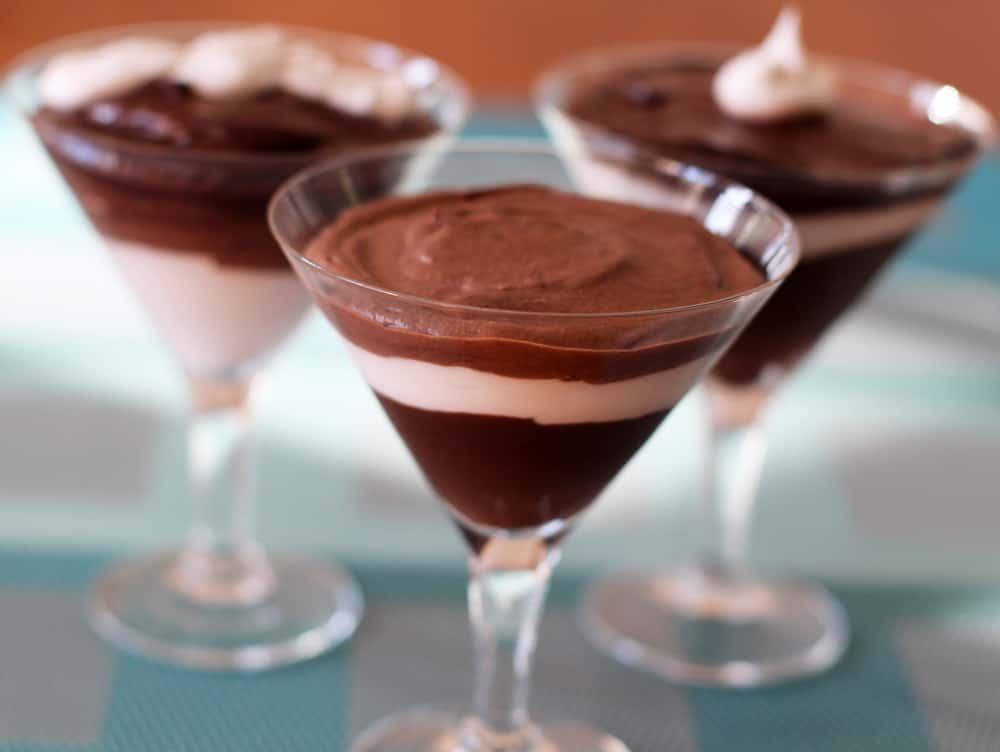 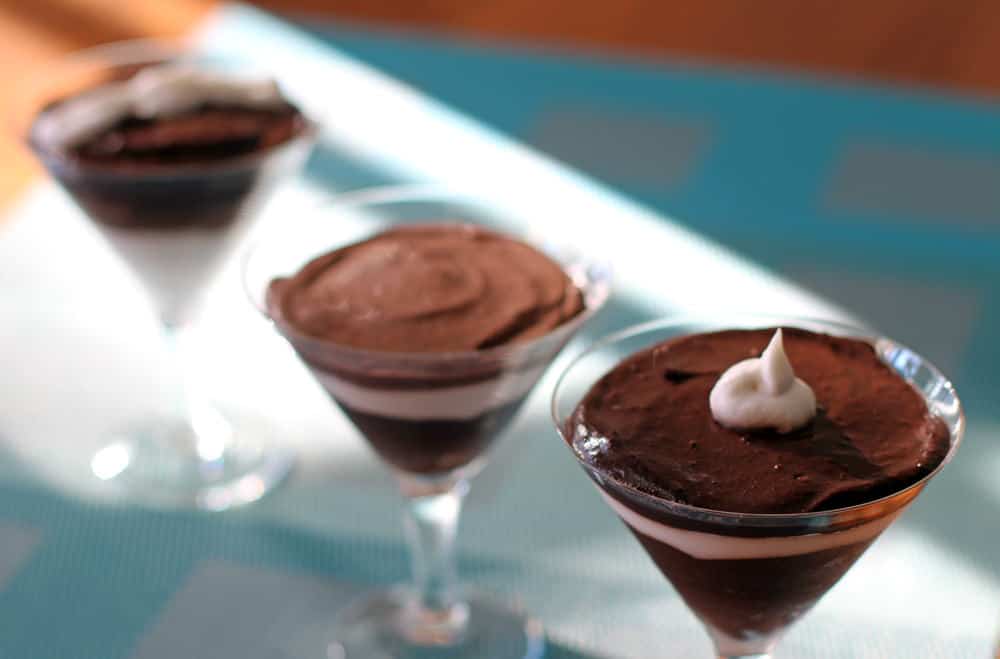 This post is part of #Choctoberfest. Hope you’ll enter the #Choctoberfest giveaway during the week of the event and no matter when you see this post, check out the other great chocolate recipes from the participants in this chocolate extravaganza.