When a summer afternoon gets away from you and dinner is just around the corner, Weeknight Gazpacho saves the day. Simple preparation and just a few ingredients, make it an ideal last minute meal. This chilled soup is hearty enough for dinner in hot weather with just a salad or a baguette and cheese. 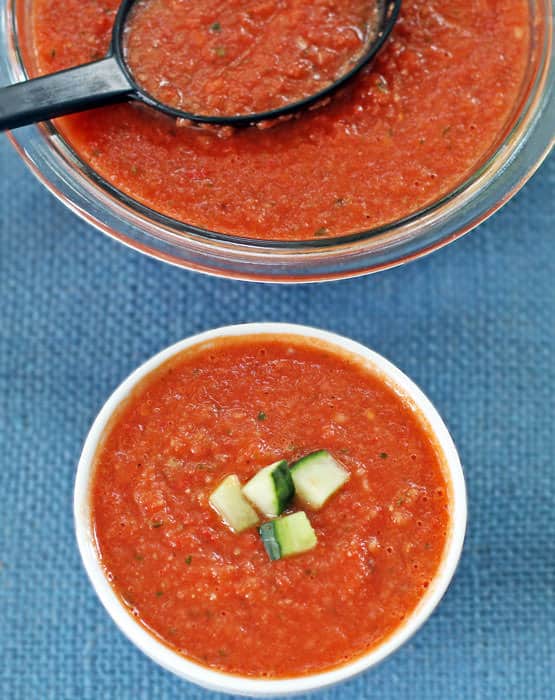 Of course, I don’t want to dissuade you from making it for an appetizer or lunch. In fact, if you’re like my family, you may find yourself eating it once or twice a day for many days straight – as long as you can find summer tomatoes.

During the past few weeks I tinkered around with versions of gazpacho.  I finalized this recipe courtesy of my generous friend and neighbor David. On his way back from the Delaware beaches at the end of a weekend, David often stops at a farm stand. There, he likes to buy tomatoes, typically seconds that have a slight bruise or other imperfection but are perfectly wonderful in all other respects. I’m often the recipient – and a grateful one – of part of his bounty.

Farmers market tomatoes are among my favorite foods in the summer. I’ve pretty much stopped buying tomatoes out-of-season in grocery stores, because no matter which type I buy or how nice they look, those red orbs are practically always tasteless. On the other hand, fresh tomatoes picked in season by farmers are treasures. They are bred for taste, not the rough handling that grocery store tomatoes must endure. And so what if they have a blemish or two that need to be cut off? You don’t have to be a vegetarian or a religious person to think that a fresh summer tomato is just one step away from heaven.

This Weeknight Gazpacho is as simple as chilled soup can get. It relies on the taste of good tomatoes. If yours aren’t (good) and you’re determined to make gazpacho, then find another recipe or get better ones.

You can make this soup mild or spicy, depending on how much banana or jalapeno pepper you use and the heat of your specific pepper. Leaving the seeds of the pepper in will definitely make the soup spicier. You can always make the soup spicier with more minced pepper or a sauce like Sriracha once the soup is finished, while it’s tough to make it less spicy if you are heavy handed with the pepper in the first instance. So, if you’re in doubt as to how spicy you want it, start with a teaspoon of minced pepper and go on from there. Also, keep in mind that as the soup chills, the spiciness tends to be less apparent. Tasting the soup after it chills is better for this purpose than just after it is made. 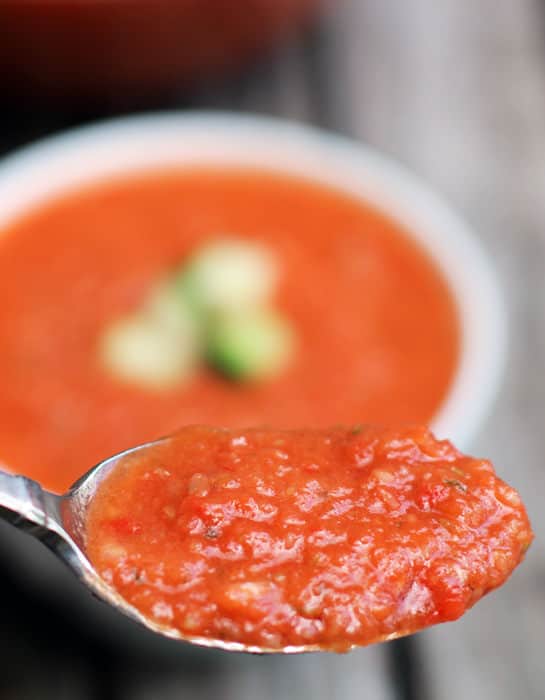 The only other absolute for this recipe is a food processor or blender. An immersion blender will work fine; you just need to puree the ingredients. 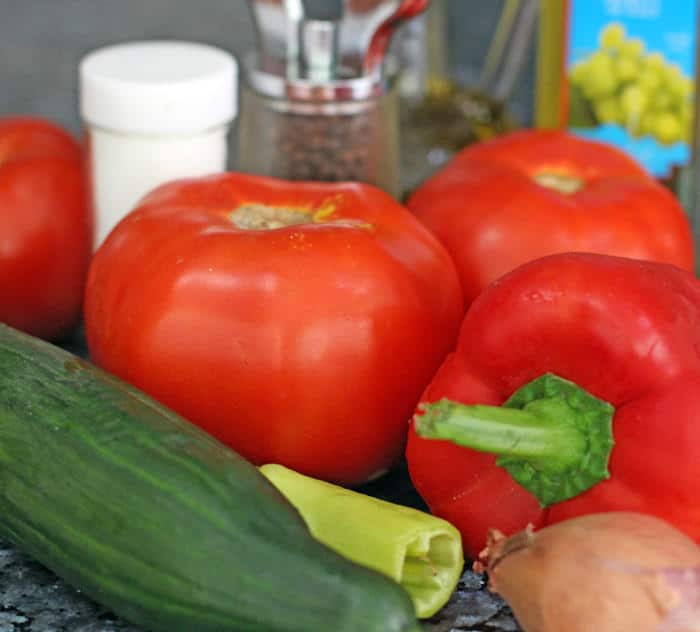 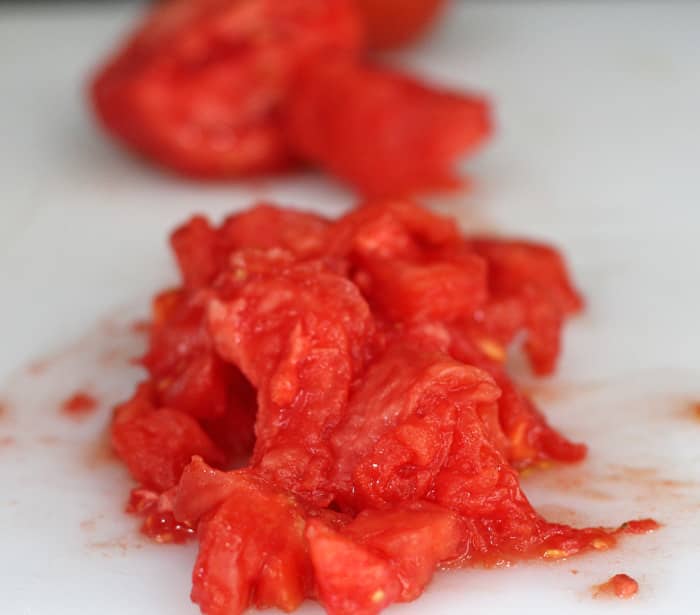 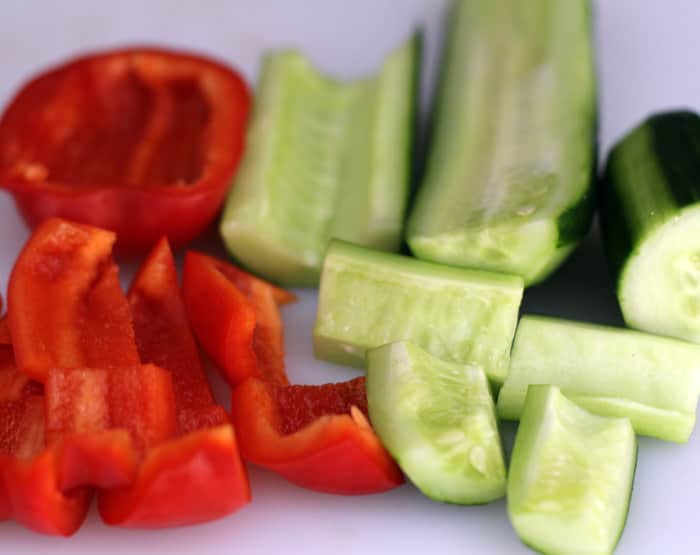 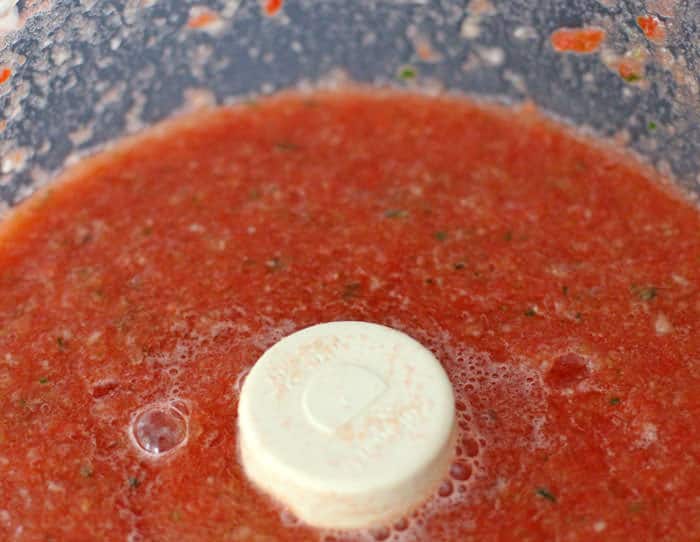 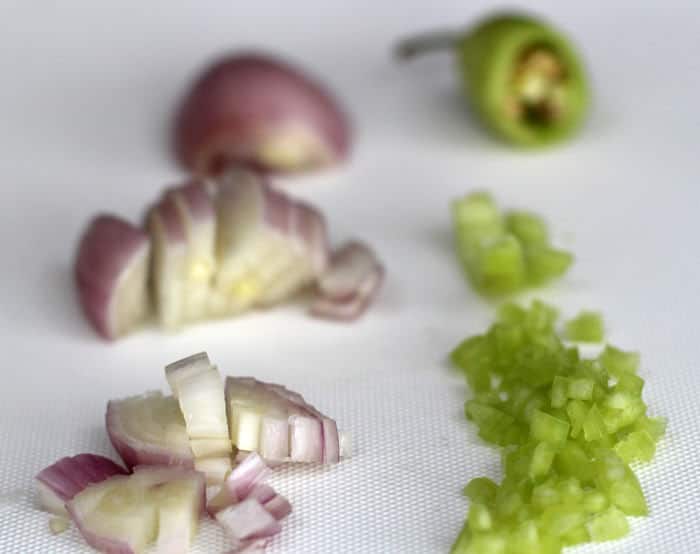 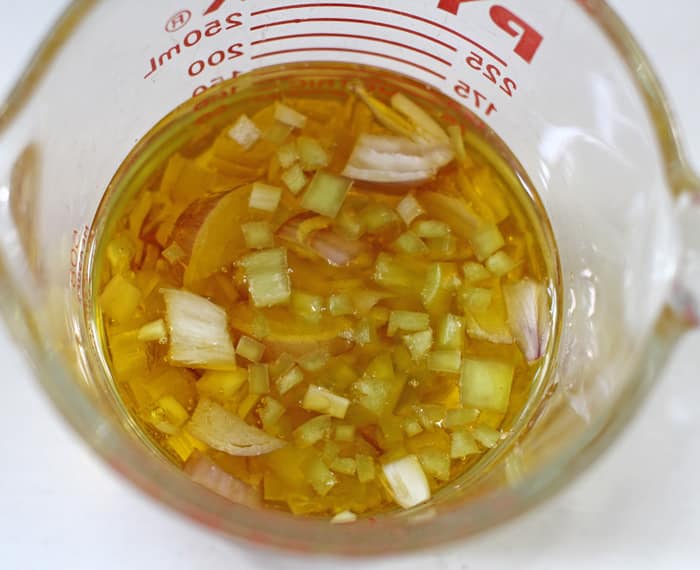 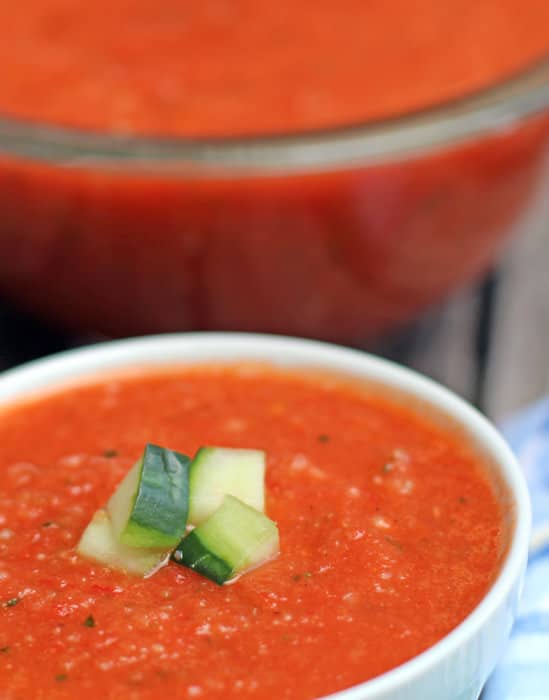