I went overboard yesterday.  Instead of sticking to the 2 Wok Wednesdays recipes, Stir-Fried Ginger Beef and Summer Pepper Corn, I added a 3rd, Stir-Fried Garlic Eggplant.  The result was a fabulous dinner, but the scene in my kitchen as I moved from one dish to another was rather frightful to be honest.

Luckily, Grace suggested serving the eggplant dish at room temperature, so made it first and set it aside.  (I bought beautiful Japanese eggplants at the farmers’ market in Annapolis and had to use them in the next day or 2.)  Although the ingredients were simple and I loved the result, the recipe was complicated – 9 cooking steps by my count – and required putting a wok cover on and off several times.  I don’t own a wok cover, so I improvised with a splatter shield covered in foil.  It didn’t fit tightly and I plan to buy a wok cover soon, but it worked well enough. 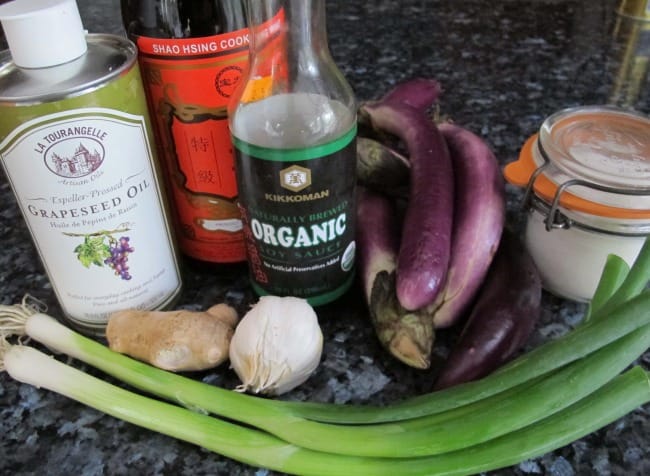 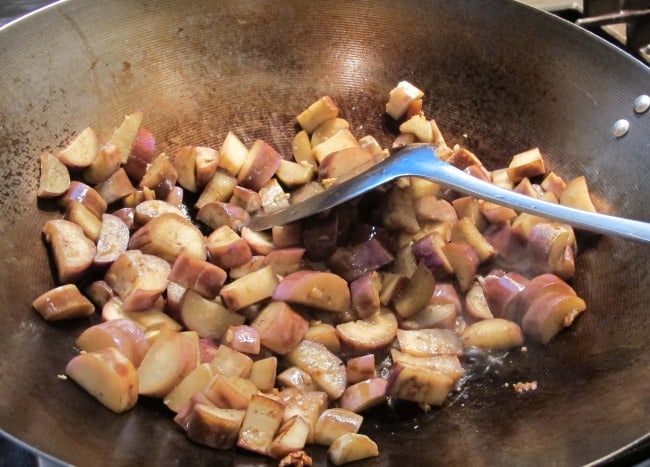 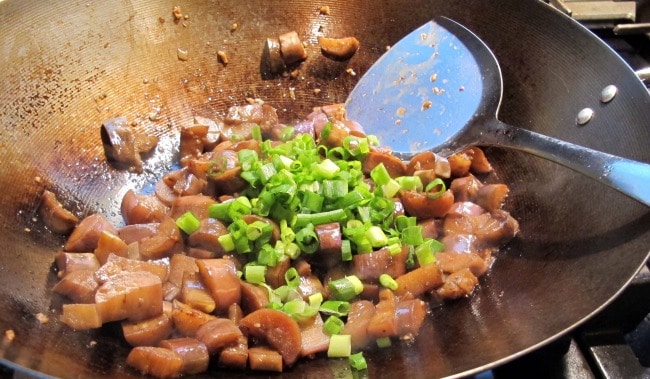 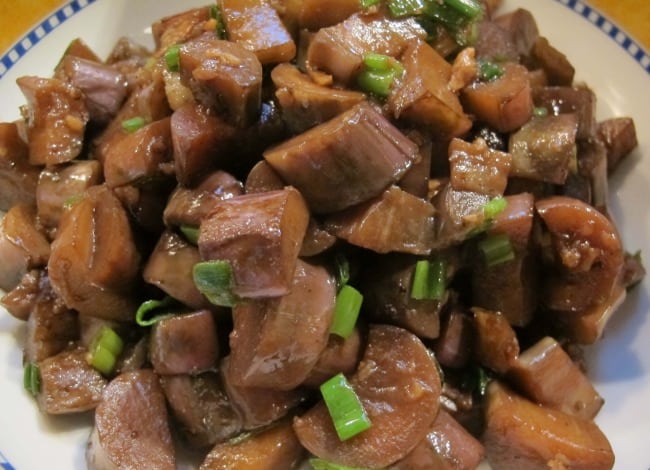 After the eggplant, I tackled the ginger beef and fresh corn with diced red pepper.  Time was running short and I wanted both to be ready at once but have only 1 wok, so I made the vegetable stir-fry in a 12-inch pan. Although not ideal for stir-frying, a pan is adequate for a simple dish like this one.  The recipe is supposed to yield 4 side-dish portions, but we only got 3 – 2 for dinner and a (leftover) lunch-sized portion.  This dish is a winner when you’re in a rush and corn is in season. 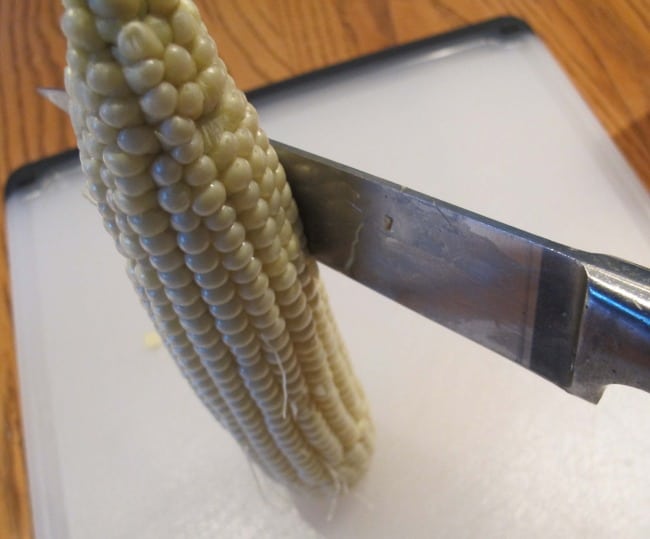 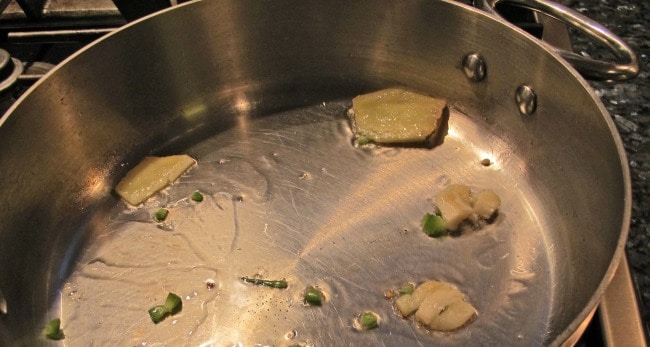 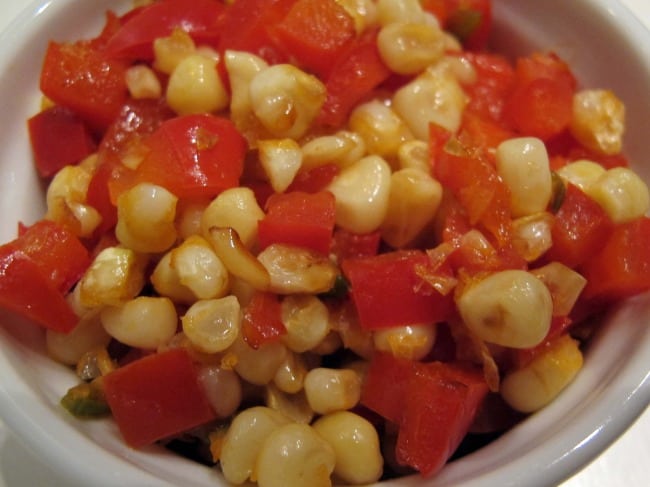 The beef was amazing.  Grace mentioned that the pickled ginger is essential.  I agree.  It isn’t expensive ($3.69 for a 6 ounce bottle of which I used only about ¼) and adds depth of flavor to the dish.  The recipe is not difficult, with only 1 addition (of the oyster sauce, then the pickled ginger and scallions) after the meat.  This version of the recipe has carrots and snow peas, but I opted for the all-meat version in Stir-Frying to the Sky’s Edge. 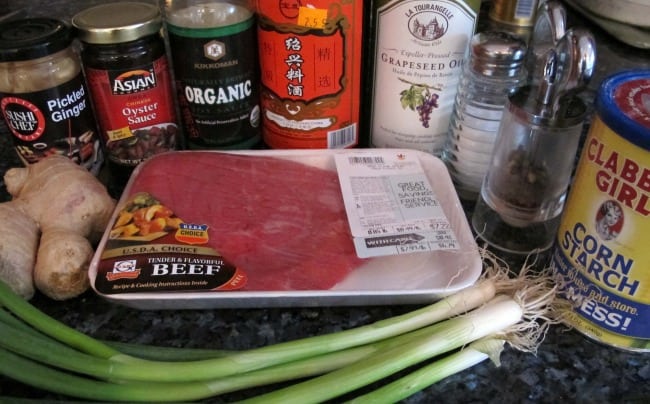 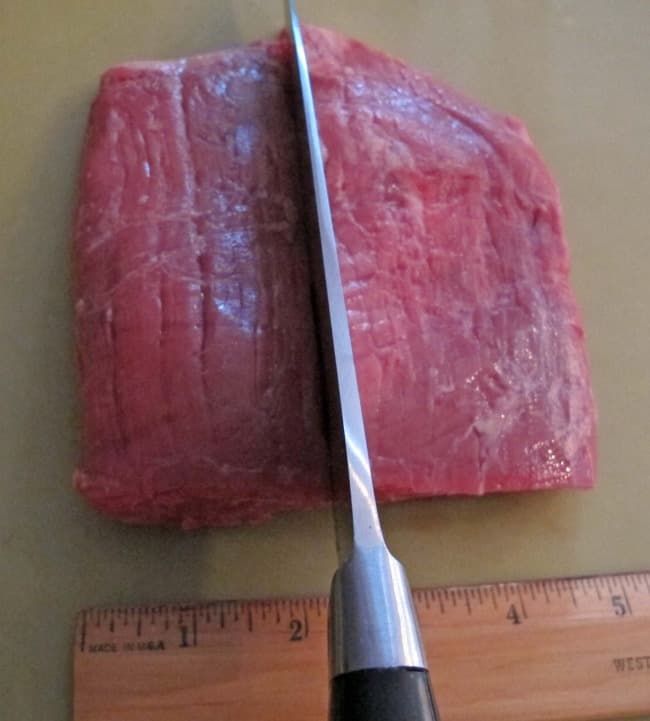 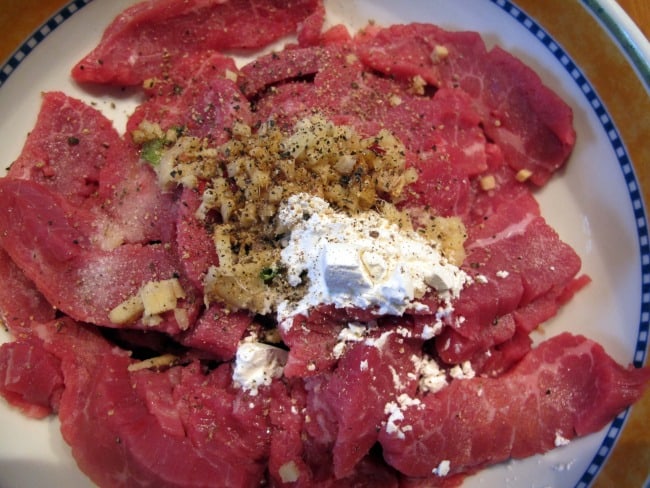 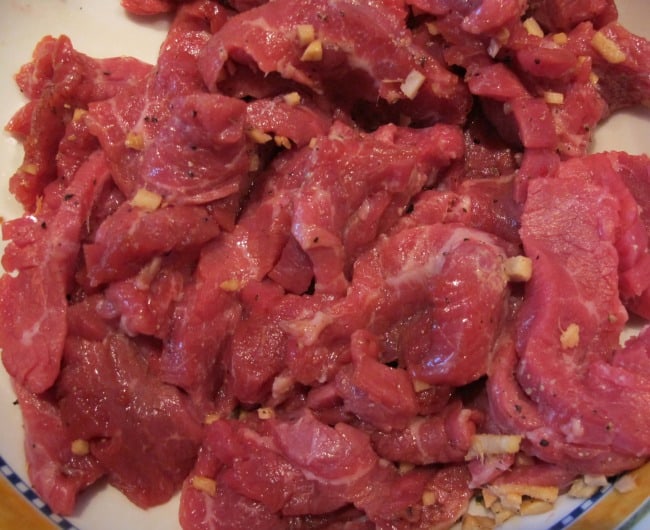 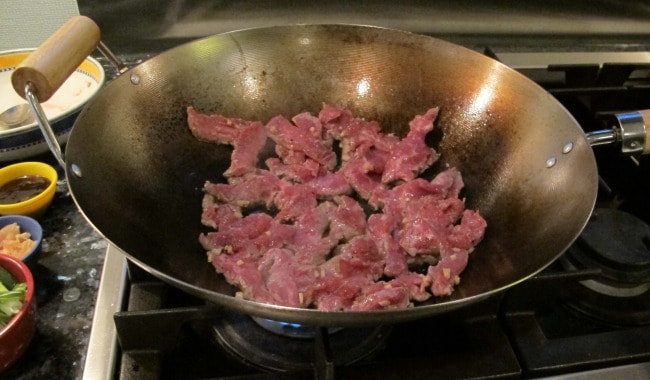 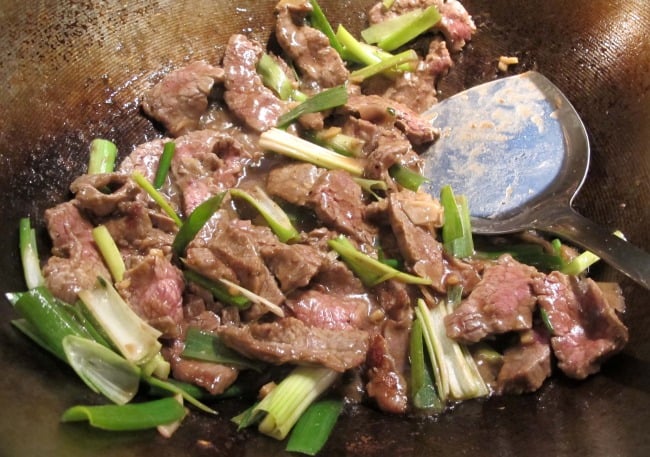 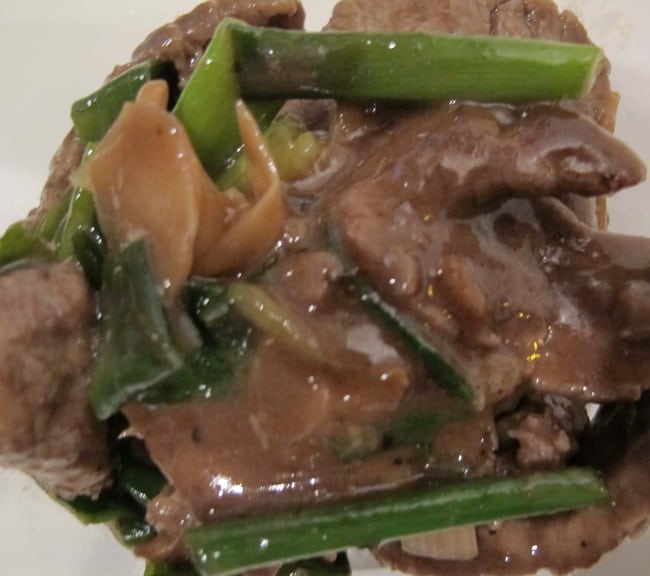 I tallied my ingredient costs for the meal.  Pro-rating the pickled ginger and oyster sauce ($3.69 and $2.89 respectively for full containers of which I used only a bit); I spent just under $14, and almost half of that amount was for the beef.  Not bad for a delicious 3-dish Chinese stir-fry meal for 2 people (with rice), and enough leftovers for 2 lunches – 1 of the corn and the second of the beef and eggplant, both with rice.  Home cooking really does beat take-out, especially if you have help cleaning up.

For my other Wok Wednesdays adventures, see: