On a cold day (or night) there is nothing better than hot soup. For a vegetarian soup, there is no better foundation than basic vegetable broth. 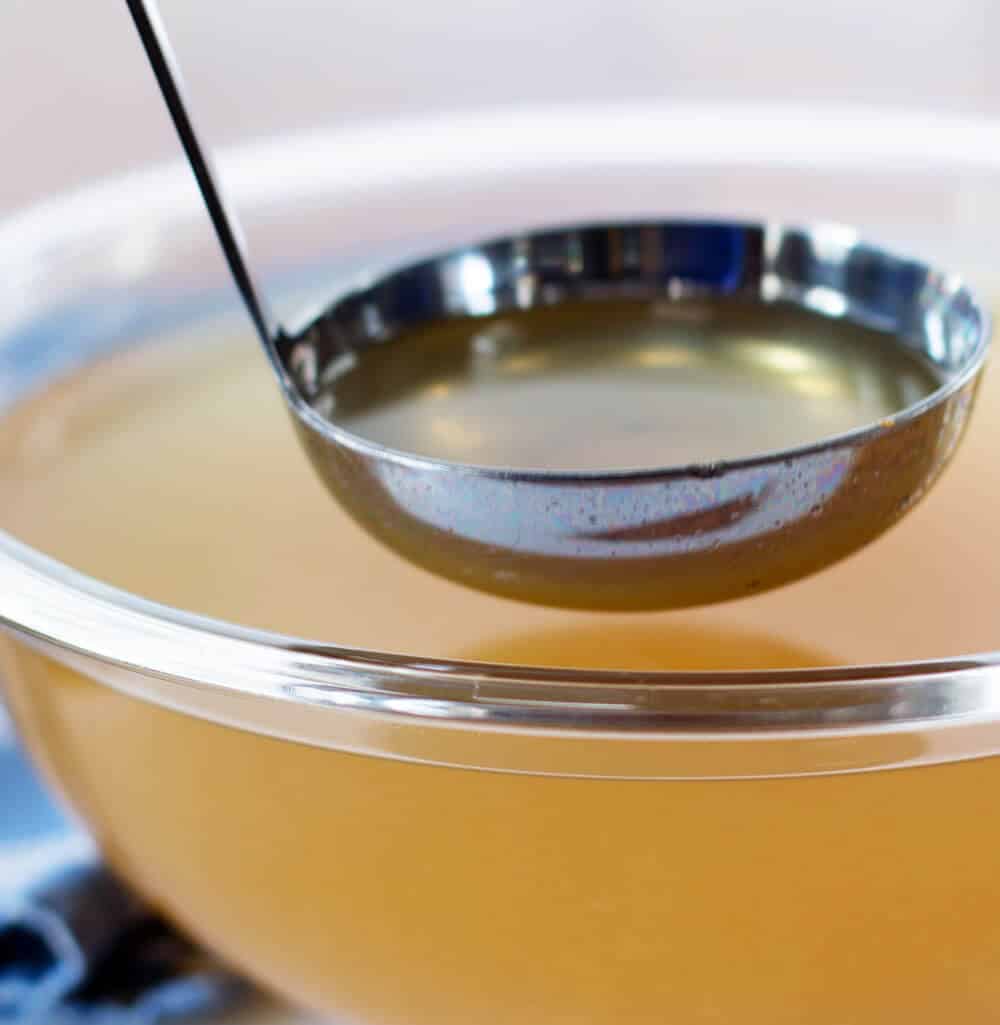 Store-bought vegetable broth is fine in a pinch. However, if you do a taste test, comparing boxed or canned to homemade, I’m pretty sure you’ll become a huge fan of the homemade variety.

This basic vegetable broth is inspired by “Mighty Vegetable Broth” from Carol Gelles‘ 1,000 Vegetarian Recipes. I bought the book over 15 years ago, when my then-pre-teen daughter became a vegetarian. Although her “vegetarian period” lasted only a few weeks, the book turned out to be a great investment. I still often refer to its tips, good basic vegetarian recipes, and helpful guides on topics such as how long to cook various types of grains. Even now that I can search for answers and recipes online, through her book Gelles  remains one of my “go-to” vegetarian experts.

I like the approach of Mighty Vegetable Broth – simmer a bunch of vegetables (covered first, then uncovered), strain the broth, and finish it off by pressing the vegetable juices into the broth. 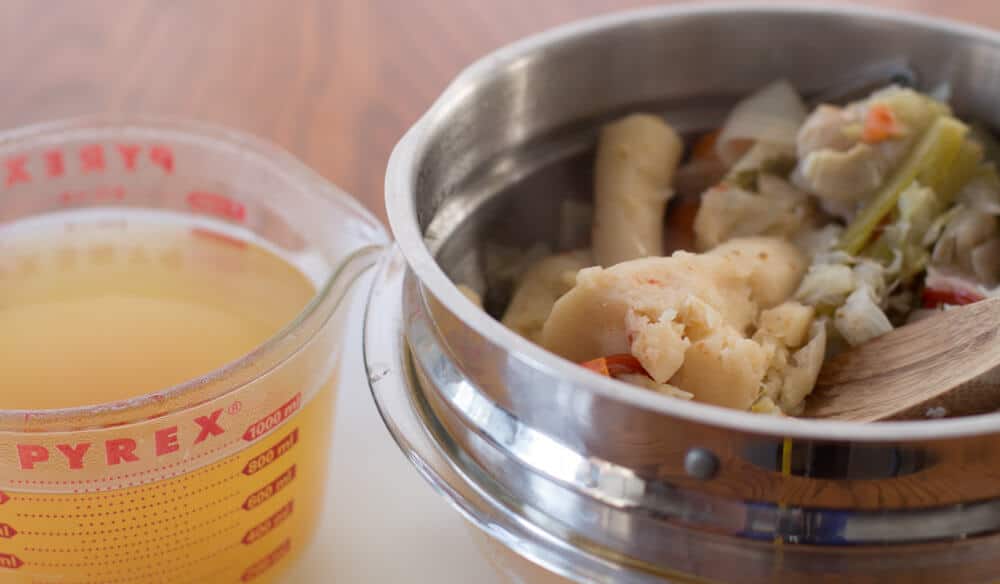 The ingredients are flexible and I have reduced them down to a formula: 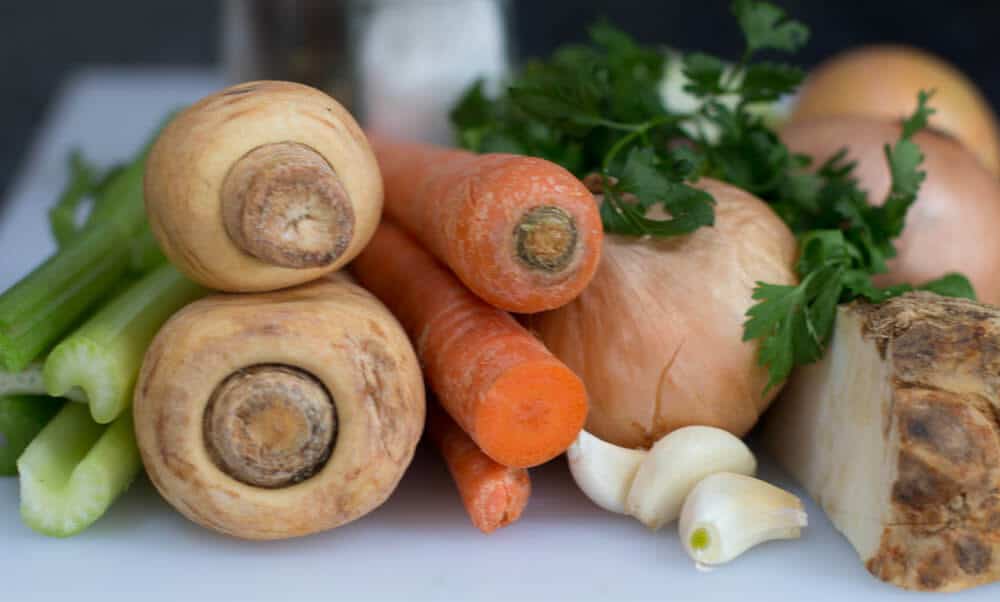 What else do I add in? It varies. Because I belong to a CSA, I often have stray vegetables hanging around the vegetable bin. Whether it is a turnip that should have been used days ago, parsnips, or cabbage, all that stuff is fair game. Then I go for parsley, odd stuff like celery root (which if you’ve never tried, you should – it’s fabulous in soup and amazing grated in salad), and stuff on the counter like the cherry tomatoes that I bought in a huge container because they were on sale last week.

In other words, if you don’t like to waste food, this broth is an edible mitzvah (good deed) – using up random items that might otherwise end up in the trash or compost heap. [Note to self – either get  with the composting craze or figure out a good come-back line for the kids’ next visit when they comment disparagingly about how we still don’t.]

Although it does take at least two hours to cook, the broth takes almost no effort to prepare and you can leave it on the stove while you do other things. I haven’t tried a slow cooker version, but that’s on my list for later in the winter. 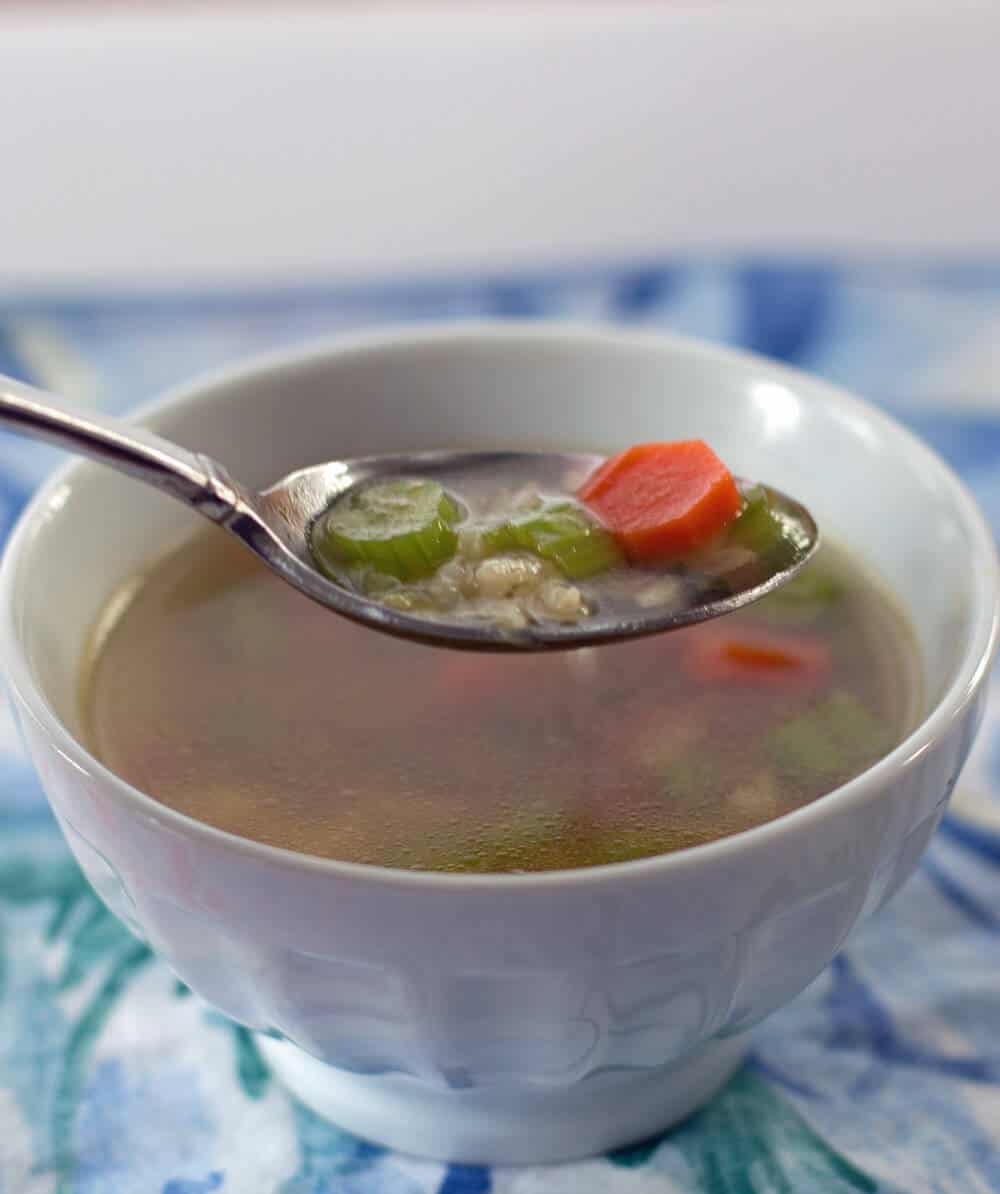 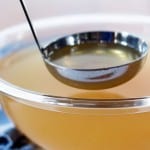 When you press the vegetables, you may end up with tiny bits of vegetables floating in the broth. I like the bits of vegetable and they are not noticeable if you are using the broth in another dish or a hearty soup with other ingredients or with squash or other vegetables pureed into the broth. Of course, if you prefer the broth completely clear, you can pour it through cheesecloth to catch the vegetable bits.
The amount of broth at the end of cooking depends on how long you let it simmer. My estimate is that you'll have about 3 quarts if you simmer the broth uncovered for 1 hour, and slightly less than that if you let it simmer uncovered for longer. 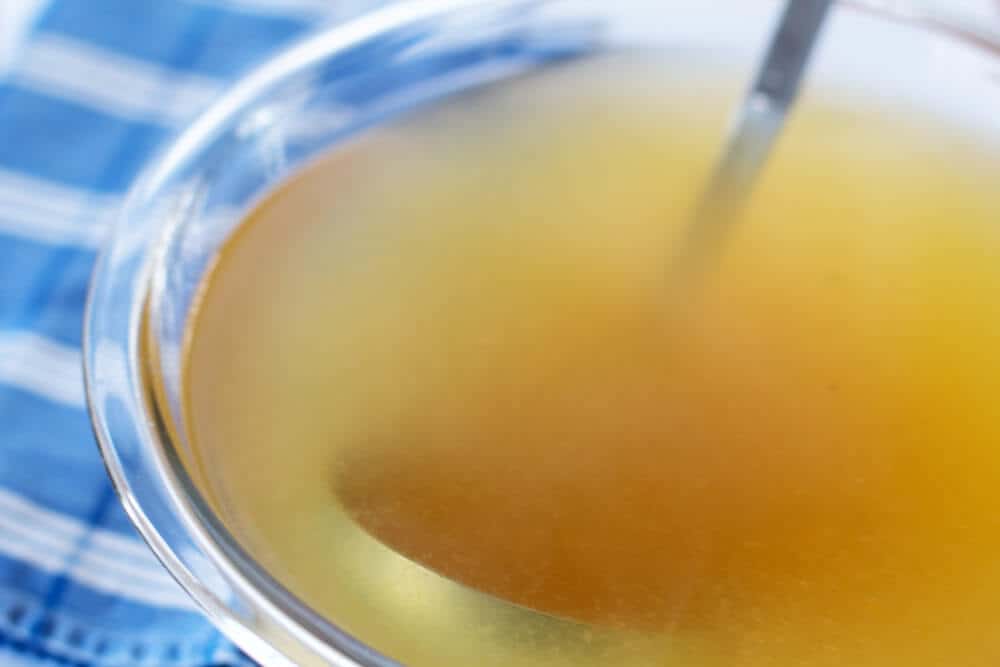 « Chock Full of Goodies Banana Bread
Should You Refrigerate Hot Sauce After Opening? »